Hey guys! I have returned from the Trans-Pennine Trail, and I had a blast! After four gruelling days, a pair of sunburnt arms, a sore right hip flexor and two strained-beyond-belief legs, I cycled 215 miles from my hometown in Southport to Hornsea! I don't really have much to tell other than "Cycled for a few hours, stopped at the occasional town for food and drink, stayed at an inn for the night and had steak for dinner before doing it again tomorrow", but I'll try to write down some of the highlights while they're still fresh in my head. 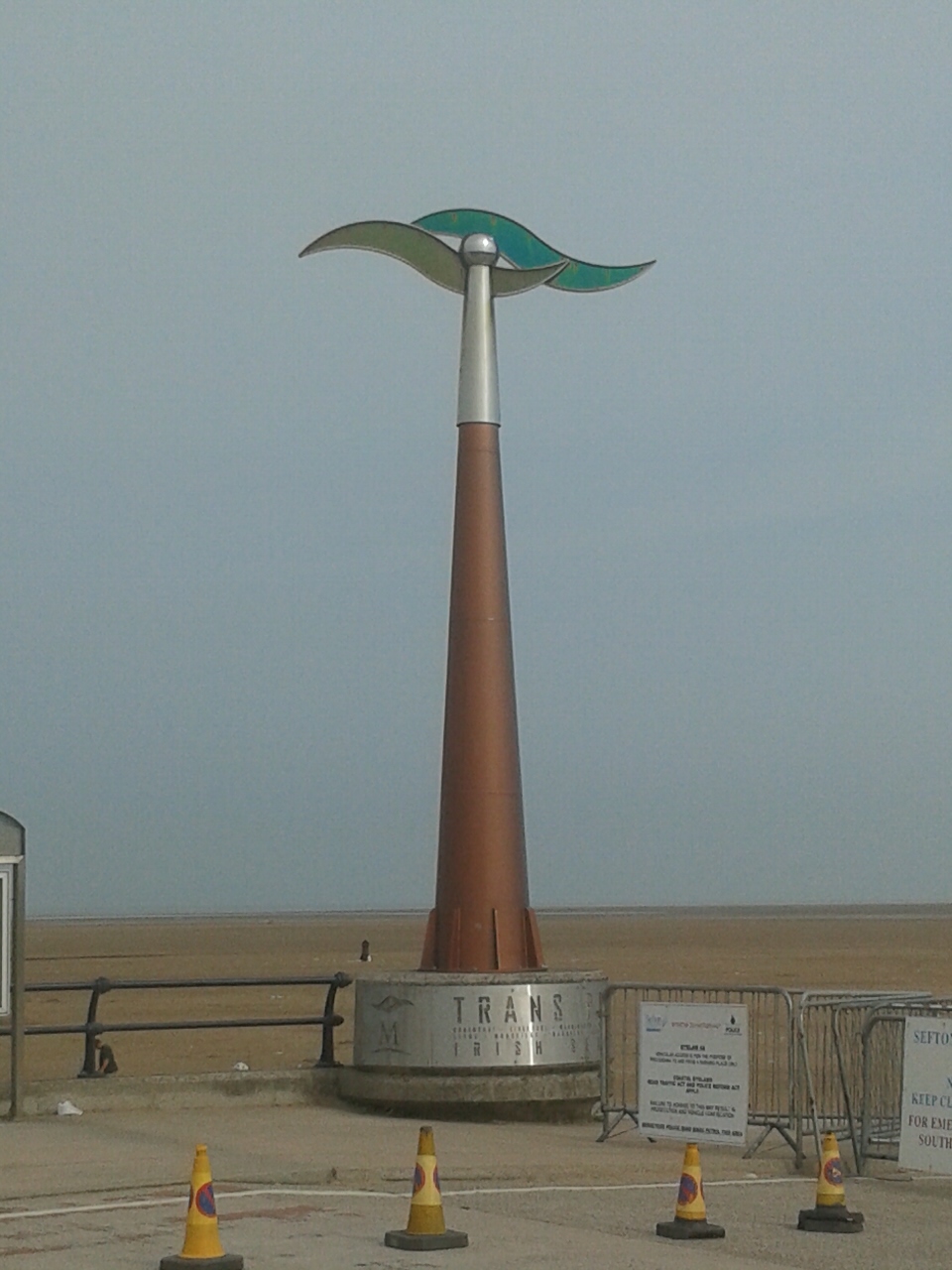 Rode to the starting point in Southport where I said farewell to my hometown, before getting my first stamp at the Southport Eco Center. From then on I rode on all the to Aintree before stopping off for some lunch at Subway before carrying on. Saw some beautiful scenery along the River Mersey and St Helen's Canal, before stopping off at the village of Lymm for the night. So that's 50 miles on the first day. Had to stop a couple of times to take a break, as my backpack was weighing me down a bit, but I did alright for day one :)

Day 2 was a bit easier, as my body was soon getting used to carrying a heavy load on my back. It was also the most stressful, as I kept getting lost -a lot-; First time it was looking for a stamping station that no longer existed, and again when I was trying to make my way to Didsbury. It was also the hottest day of the trip, which resulted in my arms getting horribly sunburnt. And finally, to top it off, my bike's sixth gear broke, so I couldn't go at full pelt any further. I did, however, promise myself that I would cross the Pennines today. And I did. Even when my body felt like it was going to collapse, no matter how tired and hungry I got, I still kept on going. I made it to Penistone at around 8PM, where I stayed at the Cubley Inn for the night. There I promised myself I would make it to York the following day.

Day three had been a bit kinder to day during the first half - I opted to go south via Wortley, passing through the Huthwaite tunnel as I did. There, I found a total of three stamping stations along the way; the Tankersley Manor Hotel, the Elescar Heritage Center (which I stopped off at for some lunch) and the Threeways Cafe along Willowbridge Lane. It got harder as the day went along - I was feeling a sharp pain in my right hip as I kept on riding, and my legs were starting to feel sore beyond belief. And to make matters worse, I was running low on food and water. It didn't look like I was going to make itto York, or even Selby, after all, so I had to stop off at the Royal Oak Inn in Hirst County for the night. For a £30 stay (with breakfast thrown in), it wasn't that bad of a choice to make. 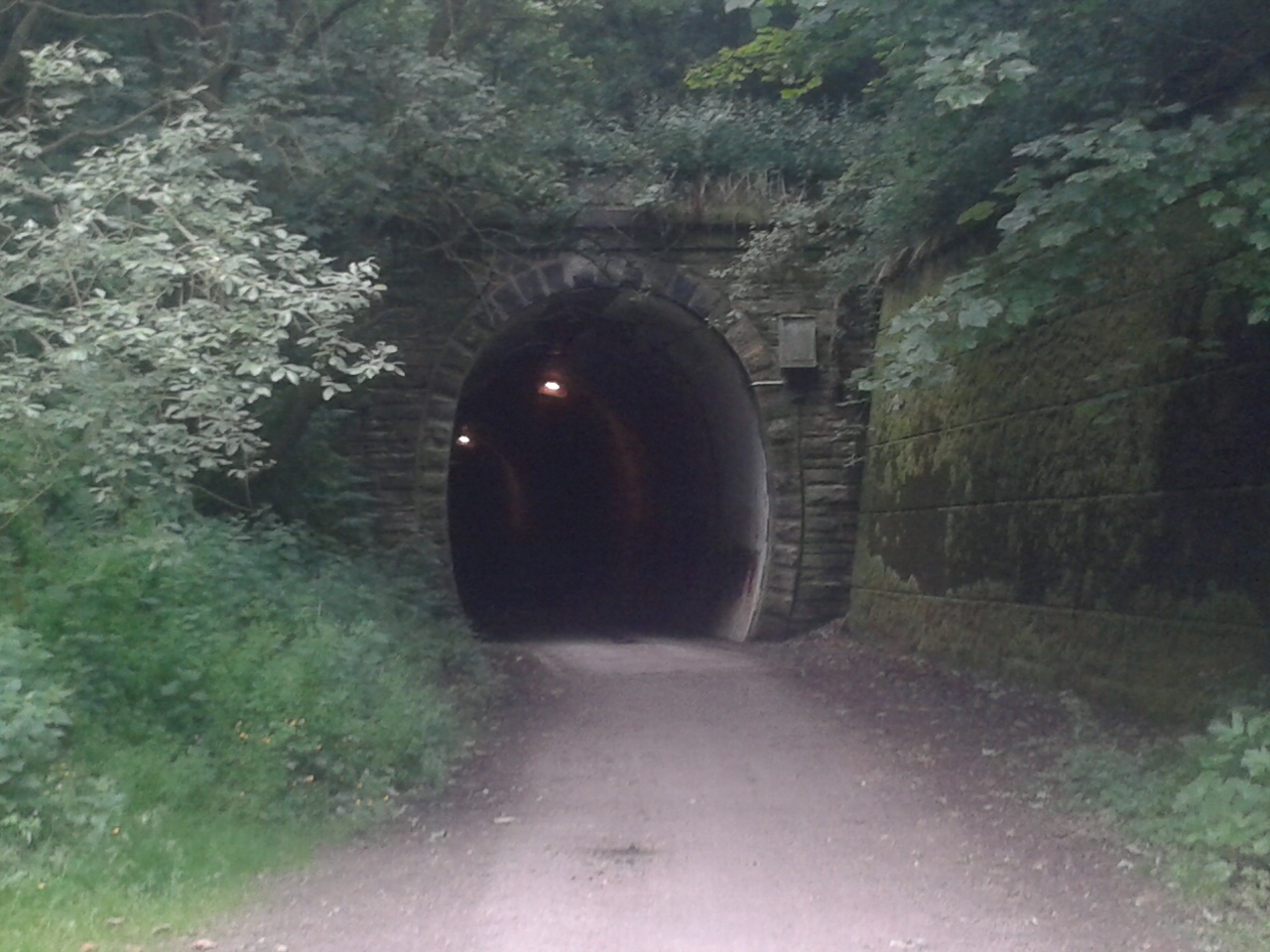 Today was the day that I finally decided to ride all the way to Hornsea with no stops inbetween. I left the Royal Oak about 9ish, and cycled through the Hirst farmlands before reaching Selby at 10:30. There, I got another stamp and some more food for the joourney, before taking a snapshot of the Abbey before heading out. As I rode along the River Ouse, my legs started to give out again, but I kept on going anyway - even as my body burned in agony, I still kept on riding, determined to make it to the finish line. I was surviving on Boost bars and Lucozade to keep me going, even after being struck with diarrohea for most of the day, just enough to get me to Hull at least.

Sadly the Humber Bridge path was closed, so I took a detour through the surrounding towns, where I got lost -again-. With time running out, and the overcast chill starting to take hold, I went off course and sped down Anlaby Road, hoping I'd eventually find my way back on the Trail again. Which I did. From then on, it was a straight path down the Hornsea Rail Trail, 15 miles away from my goal. My body was beyond it's limit, my legs were close to giving out, and the pain in my hip worsened, but I still kept on going, and at 7:22PM, I finally made it to Hornsea. I took a photo of the finishing marker, and booked myself into the Admirality Guest House for the night.

I can honestly say that Hornsea was very disappointing, when compaired to all the previous towns and villages I've visited and passed through along the way. To me, it gave off too much of a typical smalltown seaside resort, with chip shops, guest houses and amusement centers dotted along the coastline, like I saw in Blackpool. But then I look back at all those miles I've cycled, and everything I've been through, and I realize that the whole point of this trip wasn't about a day's visit in Hornsea, but the journey that led me here. 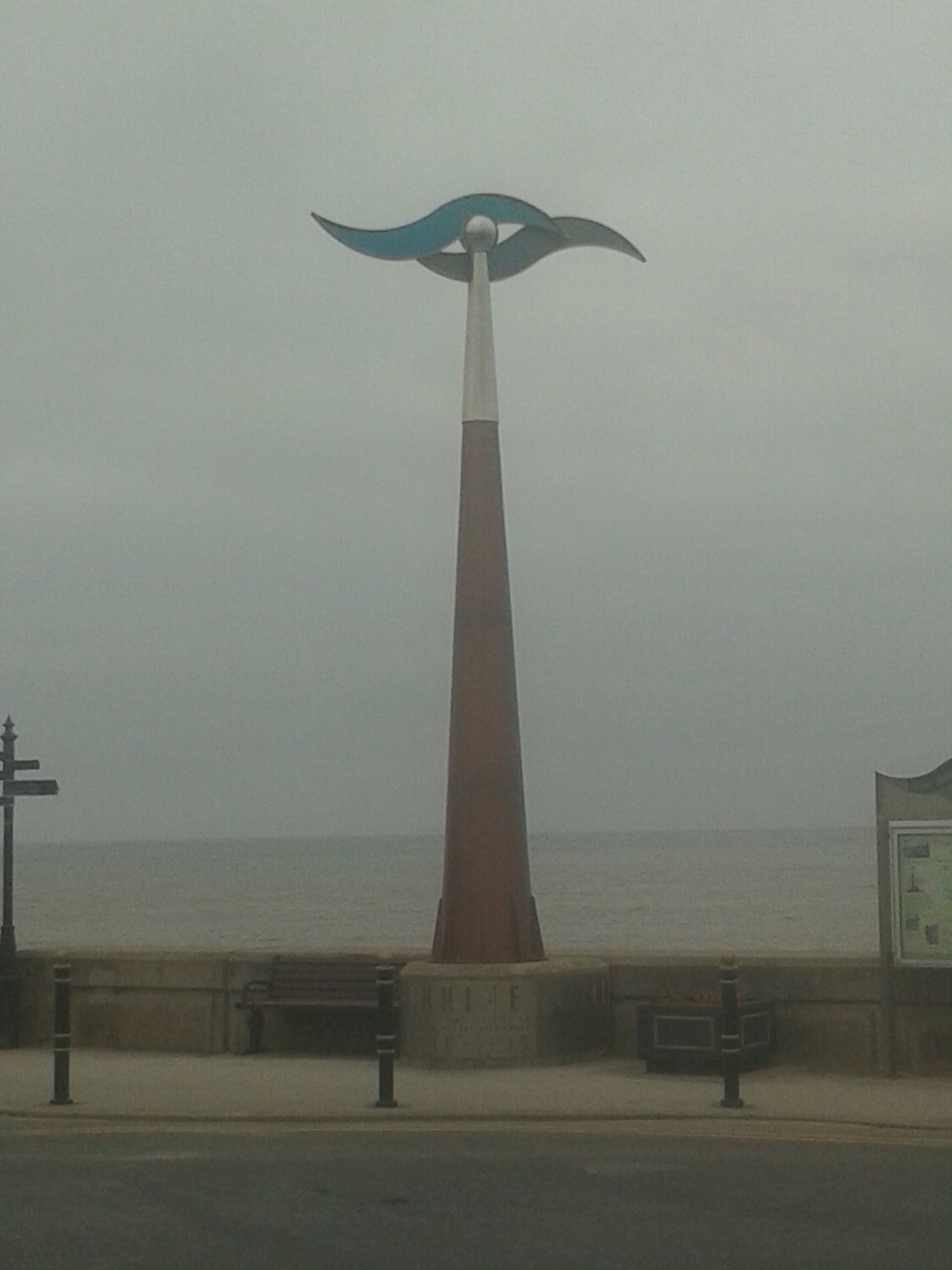 The total journey was 215 miles, from coast-to-coast, a couple of wrong turns on occasion but nothing too drastic, no flat tyres, a broken bike gear, no major injuries and an amazing experience overall!

So that's one of my life goals finally achieved, after three years in the making! It turned out to be far more difficult than I had anticipated, but don't forget that I had originally planned on doing the trail by foot, once upon a time. Imagine how tough it would've been if I did it that way? Not to mention the amount it would cost for basic bed and breakfast accomodation! Because of these reasons, I've decided that this is going to be a once-in-a-lifetime achievement for me, and I won't be taking on the Trail again*.

I'll post a revised version of this entry on the TPT site itself, with any hints for anybody wanting to take on the trail themselves. For now, I just want to sit back, relax, chow down on some real food and bask in the awesomeness that I took on one of the longest - and hardest - cycling routes in the country.

*Note: I may do the occasional cycling trip to Aintree or even Liverpool for kicks, or to get some extra cardio in after an easy week. Nothing further than that, I assure you. I've already did a fine job getting my leg muscles ripped apart as it is.

...Actually, no, I don't know yet. I'll have to take a look to see if there are any more nearby cycle tracks I can ride. Preferably short ones. Don't think I can do anything as long as TPT again for a few years.

Brilliant Ant well done mate, sounds gruelling but worth it. Great read :) Whats ur next mission?