Radio Silence - Where have I been?

So, where have I been, and what have I been doing the last three months? Let's summarize what's gone on, shall we?

First of all, work-related stress got in the way - As some of you know, I work as a cleaner at the local hospital. Sounds like interesting and fun work, right? Well, it can really get hectic at times, especially whenever winter looms around the corner and we get more patients coming and going, and lately I've been having to deal with infection/terminal cleans almost every night during the past couple of months. Now, there's nothing inherently wrong with terminal cleans per se, but lately they've all been coming in far more frequently than usual, and I'm just unfortunate enough to have to do them an hour before my shift ends. And because of this, I've been coming home too mentally drained to do work on websites.

Another reason for the lack of updates is that I've been playing far too many videogames than I should. Namely, Grand Theft Auto V, and Bioshock Infinite. Both are amazing games (especially GTAV - been meaning to do a review on that, which I'll get around to once I've completed my second playthrough), but again, last thing I want to do after coming home from work is to force myself to do even more work, so naturally I just resort to switching the PS3 on and go at it for a few hours.

Having said all that, I have been working on my redesign for Pets Overnight. I wasn't too happy with the direction I wanted to take the site, so I scrapped the previous layout and wanted to try making a responsive site instead. I'm telling you, it's caused some serious headaches so far, but I've managed to finish the mobile version. I still need to make it cross-browser friendly, and of course decide what jQuery features to add (if any), but I'm proud of how it came out so far. :) 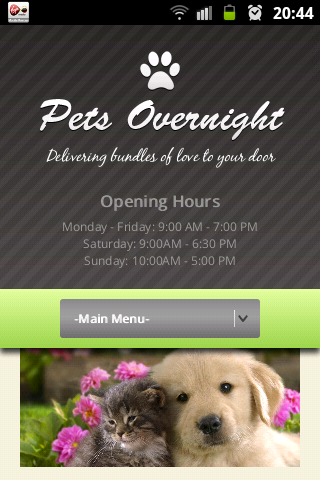 So other than websites, I've been thinking about resuming Chronicles of Gaia, my FF9 fanfic project. First of all, I need to draft out a full overview of the story, and of course revise the first few chapters. When I last worked on it, life worries took over, and I just lost the inspiration to write. And being the perfectionist I am, I wasn't happy with how it was coming out, so that contributed to it, too. I've got a few good ideas on how I'd like to restart the story, however - I don't want to reveal much, but let's just say there'll be quite a bit of bloodshed from the very start, and leave it at that ;)

So sorry for the lack of updates during the past few months, guys. I'll make a proper blog post sometime in the future once my plate clears up a bit. Like maybe the GTA review like I mentioned a couple of times already. Until then, stay safe, and do nice things to other people. Or naughty things. Whatever floats your boat. :P